On December 2, 2019, the Internal Revenue Service released Rev. Proc. 2019-42, which applies to any income tax return filed on 2019 tax forms for the 2019 tax year, including 2019 tax forms for short taxable years beginning in 2020 if filed before the forms for 2020 are available.  This updated revenue procedure, which updates […] Read More…

the new Taxpayer First Act, among other benefits will bring the IRS into the twenty-first century. It has been more than 20 years since the U.S. Congress addressed taxpayer rights in the Tax Reform and Restructuring Act of 1998.1 In June 2019, H.R. 3151, otherwise known as the Tax payer First Act, was introduced in […] Read More…

Gary Markarian is a recent graduate of Loyola Law School’s joint J.D./ Tax LL.M. program, where he graduated with High Distinction. Prior to law school, he graduated from the University of California, Los Angeles, with a B.A. in Political Science. Gary’s prior experience includes working as a law clerk for the Law Offices of Givner & […] Read More… 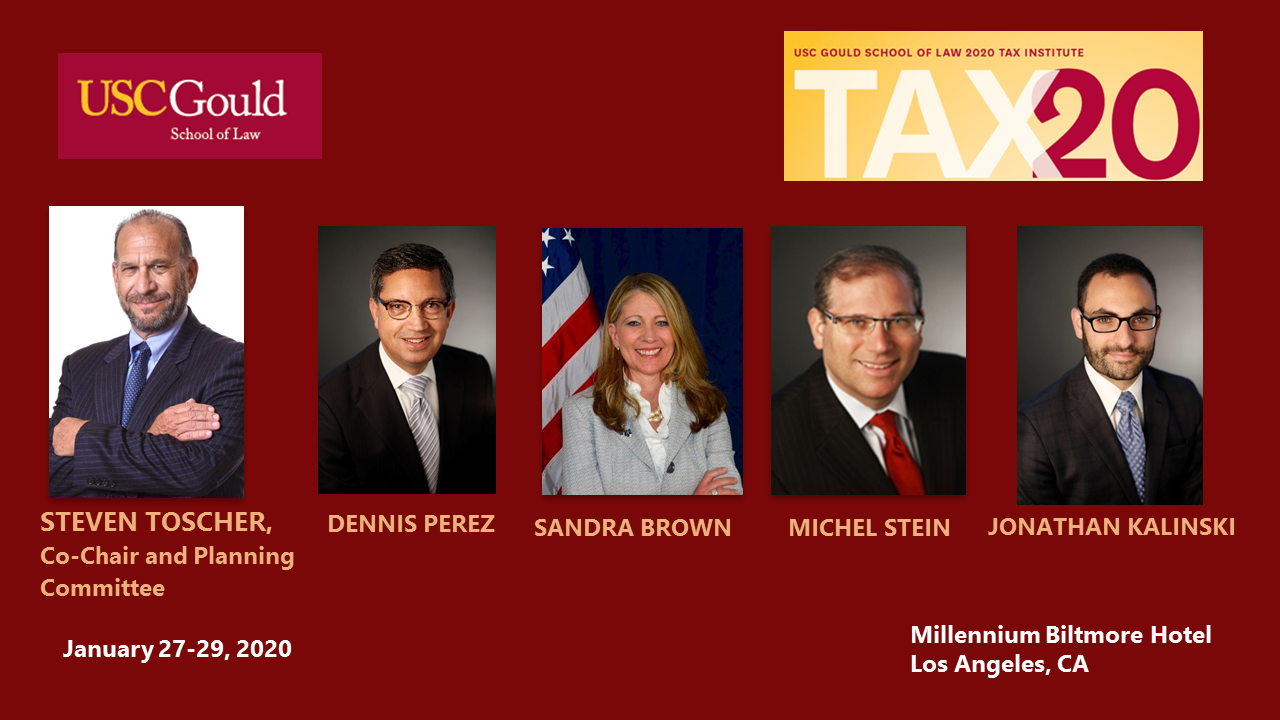 The IRS Has Become More Aggressive in Assessing Form 3520 and Form 3520-A Foreign Information Reporting Penalties, but the Courts Don’t Always Approve. By: MICHEL STEIN and ROBERT S. HORWITZ

The IRS recently has become more aggressive in assessing foreign information reporting penalties against taxpayers who fail to file required forms for foreign trusts or who file them late.  For years, we have been writing about the IRS’ enforcement efforts with respect to offshore accounts and assets.   With what has generally been perceived as successfully […] Read More…

We are pleased to announce that four of our principals will be speaking at the upcoming 36th Annual National Institute on Criminal Tax Fraud, December 11-13, 2019, Wynn, Las Vegas. Co-Chaired by Steven Toscher and Kathryn Keneally.  This program brings together high-level government representatives, judges, corporate counsel, and private practitioners engaged in all aspects of tax […] Read More…

The IRS has spent over a decade using and refining a model for bringing into compliance those taxpayers who made mistakes in good faith or through non-willful ignorance, and for punishing bad actors. The renewed push to target cryptocurrency builds on its predecessor, offshore bank accounts, but is distinguishable in important ways. The IRS appears sensitive to the differences, has more to […] Read More…

White-collar prosecutors and defense counsel have noticed a downward trend in the number of fraud cases, including tax cases, since the 9/11 attacks. The FBI and other agencies since then have reallocated their resources to counterterrorism investigations.  However, this re-orientation only accounts for part of the drop; one of the other critical factors has been […] Read More…

Cryptocurrency is an East Coast versus West Coast problem. On the West Coast, proponents  believe they’re creating a brave new world, connecting people, enabling the unbanked, with their vague good intentions marred by a belief that Washington’s rules don’t apply to them. On the East Coast, business and government are controlled by financiers, and there are rules.  Cryptocurrency is a financial instrument, […] Read More…

The Internal Revenue Service has made cryptocurrency tax compliance one of its top priorities and has recommended that virtual currency users come clean  to the agency if they haven’t disclosed transactions in the past. While filing an amended return along with paying all tax and interest due is generally recognized as a way to correct noncompliance, there are […] Read More…

In a court reviewed opinion[1], a divided Tax Court held that IRC section 280E is not a penalty and therefore does not violate the Eighth Amendment prohibition on excessive fines.  This case provided a different spin on the usual 280E challenges and although the Court ruled that 280E was constitutional, there were three judges who […] Read More…